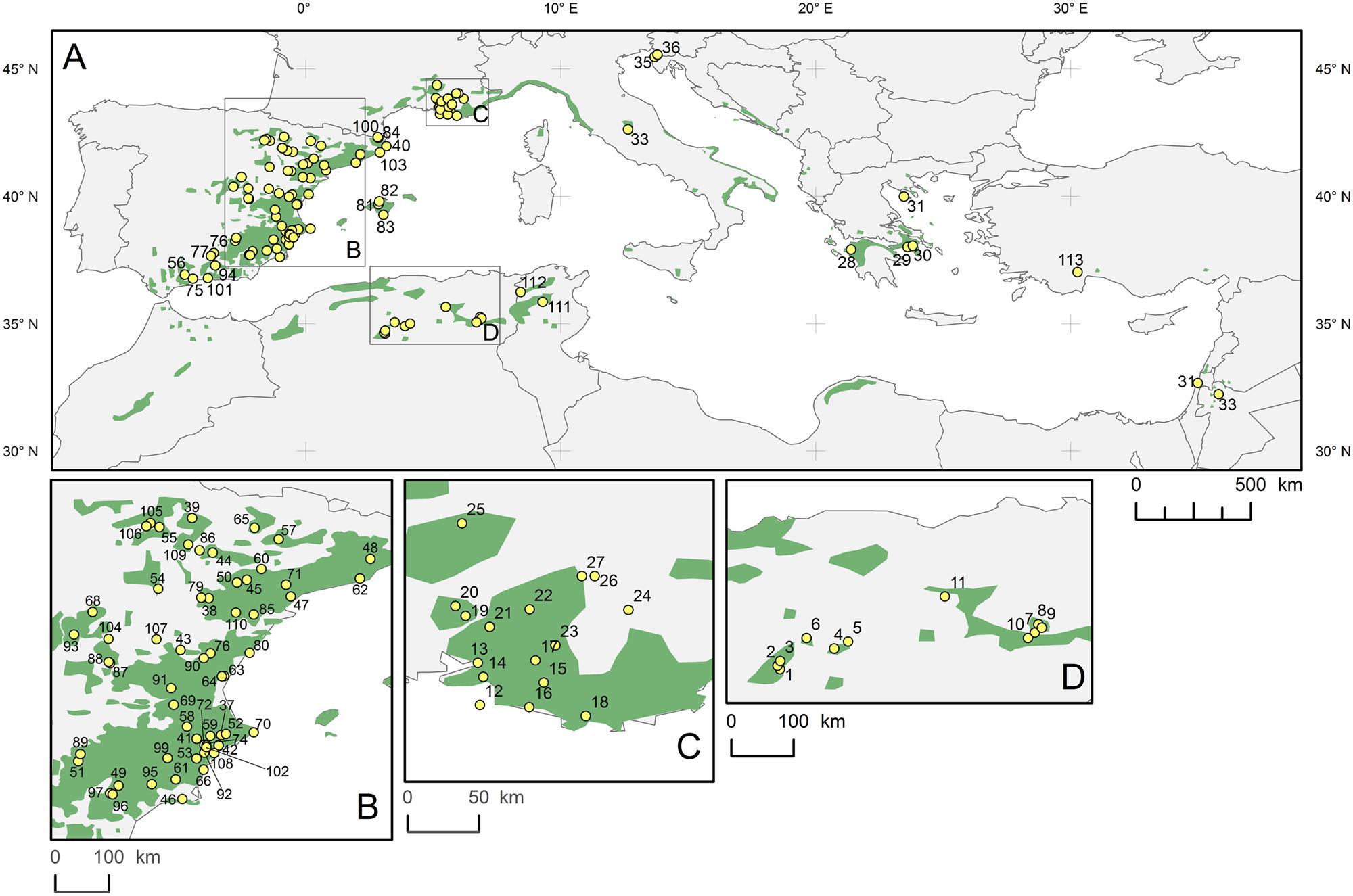 Climate predictions for the Mediterranean Basin include increased temperatures, decreased precipitation, and increased frequency of extreme climatic events (ECE). These conditions are associated with decreased tree growth and increased vulnerability to pests and diseases. The anatomy of tree rings responds to these environmental conditions. Quantitatively, the width of a tree ring is largely determined by the rate and duration of cell division by the vascular cambium. In the Mediterranean climate, this division may occur throughout almost the entire year. Alternatively, cell division may cease during relatively cool and dry winters, only to resume in the same calendar year with milder temperatures and increased availability of water. Under particularly adverse conditions, no xylem may be produced in parts of the stem, resulting in a missing ring (MR). A dendrochronological network of Pinus halepensis was used to determine the relationship of MR to ECE. The network consisted of 113 sites, 1,509 trees, 2,593 cores, and 225,428 tree rings throughout the distribution range of the species. A total of 4,150 MR were identified. Binomial logistic regression analysis determined that MR frequency increased with increased cambial age. Spatial analysis indicated that the geographic areas of south-eastern Spain and northern Algeria contained the greatest frequency of MR. Dendroclimatic regression analysis indicated a non-linear relationship of MR to total monthly precipitation and mean temperature. MR are strongly associated with the combination of monthly mean temperature from previous October till current February and total precipitation from previous September till current May. They are likely to occur with total precipitation lower than 50 mm and temperatures higher than 5°C. This conclusion is global and can be applied to every site across the distribution area. Rather than simply being a complication for dendrochronology, MR formation is a fundamental response of trees to adverse environmental conditions. The demonstrated relationship of MR formation to ECE across this dendrochronological network in the Mediterranean basin shows the potential of MR analysis to reconstruct the history of past climatic extremes and to predict future forest dynamics in a changing climate.